Last night in the bar I kept hearing the same thing “we desperately need snow” and that “patches of grass are beginning to show through”. As I hadn’t been up since Monday I thought today I had to get up there and see for myself what conditions were really like.

Expecting the worse I quickly found myself being a tad relieved. Yes the pistes are hard and yes some of the runs are icy however I have seen conditions a lot worse than we’re currently experiencing. I searched high and low for the patches of grass but to failed to spot any. In places to the sides of the piste there is brown dirt and rocks showing through but this is mainly on the south facing aspects. 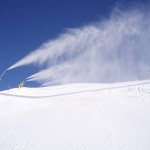 The temperature was a lot colder today than we’ve been experiencing. Last week was like spring so when the temperature drops it’s going to have an effect on the snow. The good news though is that the cannons were firing away on many of the runs both in Sauze and further afield. The picture to the left is of the cannons on the black Olympic run over in SanSicario. Hopefully they’ll keep them blasting out the artificial stuff until the natural snow returns. I did notice that one or two runs were closed due to maintenance. Piste bashers churning over the snow to get air into it. They’ll leave it churned up and then go back and prepare them. 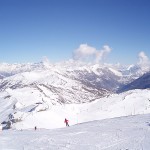 The clouds did start appearing on the horizon around lunch time. It doesn’t seem much but when you’ve had clear blue sky greeting you each morning then anything is worth getting excited about. These clouds looked like they could be the precursor to the front we’ve been waiting for. At about 3pm this afternoon the wind started to pick up and the clouds got heavier and darker. Could this be the start of something good? As I’m writing this now looking out of my window we have got for the first time in what seems like an eternity pretty much full cloud cover over Sauze.

The best runs at the moment in Sauze in my opinion are red 29, red 2000 and red 11. No surprise that these are the ones with cannons. Clotes, which brings you down into the village is also good.

To summarise then, on piste conditions are hard and expect to keep hitting icy patches. You’re best sticking to the side of the runs where the best snow can found. The runs that are serviced by snow cannon in my opinion are good. Off piste doesn’t exist at the moment. Clouds have started to roll in which hopefully will bring some precipitation. Keep your fingers and toes crossed!

Below are some more pictures taken today. 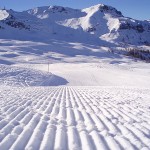 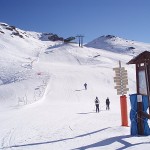 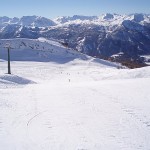