Sorry for the delay in updating the blog but things have been rather hectic recently. What with skiing and entertaining oh a some work thrown into the mix. Anyway here’s the latest offering.

Those that have been here this week have experienced clear blue skies with great on piste conditions. The temperature has been high for the time of year making it feel like Spring has already sprung. Fear not though the snow is holding up well with great skiing to be had throughout the Milky Way.

Tuesday I skied in Sestriere with this years resident band ‘The Pistey Boys’. The snow was good and firm with very good coverage. The mens downhill was superb from top to bottom. Wednesday I skied from Sauze to Clavier. The intention was to ski all the way to France however the group I was with didnâ€™t have the correct pass. Just a word of warning, you can only ski in Montgenevre on the 6 day pass. Anything less and you’ll need to buy an extension.

That didn’t spoil our fun though as the snow in Clavier and on the way over was great. The track back down from the top of Cesana is skiable although I’d recommend taking the lift down. I never like taking lifts down but if you value your skis it is advisable.

Next week the temperature is due to drop, which will mean that the cannons can start firing again. There is no natural stuff forecast until 21st January although as this is 8 days away it’s possible for this to change. Most forecasts that I’ve looked at do point to snow for the latter part of next week so we’ll just keep our fingers crossed.

Some resorts in Austria and France have seen huge amounts of snow with many resorts being cut off or closed. That isn’t any issue here and whilst we’d always like more snow I’m not panicking yet.

Below are pictures taken on Wednesday’s trip to Clavier. 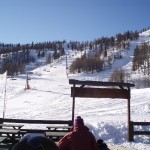 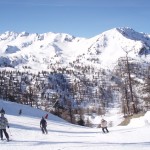 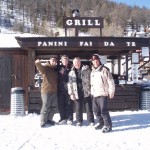 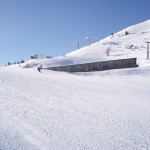 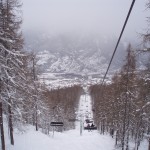