After Boris recently announced his East London ski resort plan I thought I’d draw up a list of places from around the world where skiing is possible but not necessarily at the forefront of our minds. You’ll see from the pictures at the end that some are rather impressive.

Morocco boasts the highest ski lift in Africa at an impressive 3258mts. The resort of Oukaimeden lays in the Atlas mountains. Despite its height, snow is not always guaranteed.

Ifrane was developed by the French and has a very European feel to it. The coldest temperature in Africa was recorded here at -24c in 1935.

Mischliffen is known as the ‘Moroccan Aspen’ perhaps because of the presence of a royal palace. It certainly does not bear any skiing resemblance to the other Aspen. It has 2 surface lifts and a hill that some would class as little more than a sledging hill.

Algeria has a population exceeding 37 million and is the 34th most populated country on earth. It consists of 48 provinces, 1541 communes and 2 ski resorts, Chrea and Tikjda.

Chrea lies inside a national park and most visitors to Algeria are not even aware that the country boasts such beautiful landscapes. The resort only has a vertical difference of 90mts so ‘Boris Dome’ certainly is stiff competition. Mind you I cant see many Algerians coming over to London for their skiing holiday.

Who would have thought that Africa offered so many choices to skiers. Afriski is based in the land locked Kingdom of Lesotho. Sitting right in the middle of South Africa it’s a 5 hour drive from Johannesburg. As it’s in the southern hemisphere the ski season runs from June to September.

Despite the 1 drag lift this is the closet you’ll get to a proper ski resort feel on the African continent. The main run is 1km long and is serviced with snow making facilities. There is also a snow park on offer with local competitions held there.

If you want to experience skiing in the morning then laying on a beach in the afternoon but New Zealand is too far to go then check out Cyprus. It has 1 ski resort, Troodos, located on Mount Olympus.

There are 3 drag lifts and 1 chair lift with the top altitude at 1951mts.

Check out this video from British Forces News

Surprisingly there are 18 ski resorts in Iran. Probably the best equipped is Dizin 2 hours drive from Tehran. It has one of the highest ski lifts in the world at over 11,700ft. The resort has a vertical rise of nearly 3000ft.

Pre revolution days the Shah and his wife were regular visitors to the resort. The off piste attracts those looking for real adventure along with the professionals too. Warren Miller has visited the area on several occasions pre and post revolution to make his ski movies.

Mount Hermon sits in the Israeli occupied portion of the Golan heights. It’s the highest point in Isreal at 7,336ft and boasts nearly 28 miles of pistes. Strategically it’s in a very important area as on clear days you can see deep into Syria who, at one point, wanted to build a multi billion dollar ski resort on it’s slopes. The current ski resort has a ski school, ski patrol and several mountain restaurants.

There are 6 ski resorts in Lebanon, the highest being Cedars with an elevation peaking at just over 3000mts. The biggest resort though is Mzaar with 18 lifts. Its base elavtion is 1830mts with the top altitude being 2465mts. It’s only 46km from Beirut International airport so easy to get to. You may be surprised at the level of skiing on offer here. Definitely add it to your list if you’re looking for something out of the ordinary.

For a country the size of Western Europe it’s a little disappointing to learn that it only has 1 ski resort, Chimbulak. The resort is 25km south of the largest city in Kazakhstan, Almaty which hosted the 2011 Asian Winter Games.

You are taken to the main ski area courtesy of the worlds 3rd longest gondola at 4.5km. Once safely delivered, there are a further 6 lifts that service the mountain. The total vertical rise is 920mts. The resort has everything from FIS certified slopes to beginners areas and snow parks.

Skiing in India is mostly in the Himalayas, which isn’t all that surprising. The area has long been known to those that make it their business to find the most exciting places to ski/board.

The main resort of Gulmarg is 56km south west of Srinagar and experiences some huge snow falls. The season there lasts all the way through to May. The great thing about the resort is that the local skiers/boarders can’t really take full advantage of what’s on offer resulting in areas remaining untracked for days. Heli skiing is also an option in Gulmarg with prices starting at around €200 (£177) per person for 1 drop. That one drop though gets you about 2kms of powder!

This really is a must for me as it combines 2 of my favorite things, skiing and great food.

The first and only ski resort in Mongolia opened in 2009. Sky Resort is located just outside the capital city of Ulan Bator on Bogd, but then you already knew that.

The skiing isn’t all that great. The mountains highest point is just under 1000mts and offers verticals of around 625ft. You’ll need to wrap up well if you go here with winter temperatures regularly well below freezing. The good news though is that a days pass costs about £7 which allows you to ride the 2 chairlifts all day long or until your hands drop off, which ever comes first.

You might want to check with the Foreign Office first if you plan to try out some of these resorts.

Alternatively see you in Sauze d’Oulx next winter. 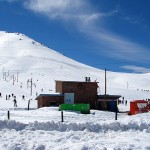 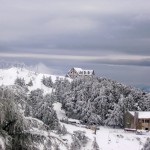 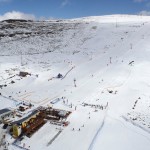 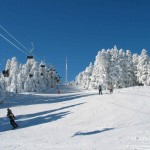 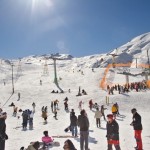 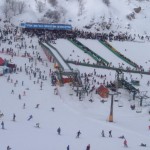 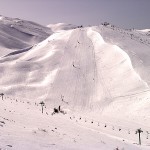 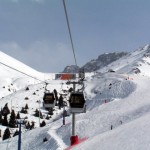 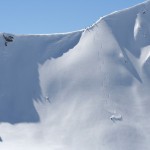 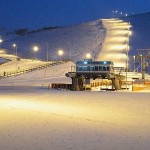