Chilly, freezing, baltic, bitter. All are applicable when describing the start to this week. Then again it is January so it should be cold. The days of walking around in a t-shirt, as we were only a few weeks ago, seem a distant memory as winter takes hold, finally.

I’m not too sure though that we can all start celebrating the passing of the mild weather just yet. It does seem that the weekend coming will herald in another mild period for us with the freezing level on Sunday forecast to raise to around 2500mts. That seems to be setting the precedent then for the following week.

That may explain why the lift company is taking advantage of this cold weather now to fire the cannons on Gran Pista, which is one of the last remaining cannon serviced runs still not open. Gran Pista is an excellent long run starting just below Sportinia and terminating at the Jouvenceaux chairlift some 200mts below Sauze.

The cannons have been firing non stop on the lower part of this run since Friday producing large volumes of artificial snow which must surely mean that they are serious about opening the Jouvenceaux lift soon, the only remaining main lift still not running in Sauze.

We still have only about 1/3 of runs open in Sauze but when you consider the starting point of a few weeks ago that isn’t too shabby. Also some of the 63 runs that are officially classed as being in Sauze only open at weekends so I reckon we have over half of the everyday slopes open.

The link to Sestriere is open which means that we can now reach the top of Fraiteve and take the gondola down to Sestriere. Certainly beats driving there! The bowl, which is crucial in this link, is obviously open however don’t expect great skiing in this area. Treat it purely as a transit area between Sauze and Sestriere.

The runs that we do have open are, in my opinion good. I did notice a difference though between the snow condition on Friday and when I was up yesterday. The high winds that we were battered with over the weekend would have had something to do with that along with the major shift in temperature.

Of the resorts that make up the ViaLattea, Montgenevre is certainly coming out on top. All their lifts, bar 3 drags, are operational. They can boost of 72% of runs open. If an example of mountain micro climates were needed then this is it.

So as I reach for my Lemsip here’s a quick summary of the present situation. It’s Cold, I’ve got a cold. We need more snow but the skiing we have is good. Hopefully more to open soon. Montgenevre should be considered as a day trip for those coming out next week.

Short video regarding the blue track from the top of Fraiteve.

A little later than I'd hoped but here's this weeks snow report. (open link)View Full Post 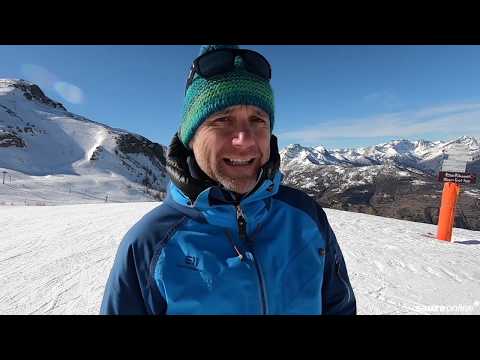 I’m afraid the wind has closed the lifts again this morning. It’s a repeat of yesterday as far as what’s…View Full Post

If you’re catching the Clotes lift, ski back down the Clotes run and look out for the turning on your…View Full Post

Also just heard that the links are closed due to high winds at the top. Currently the lifts that are…View Full Post

Cloudy start to the day but it should brighten up in the afternoon. Freezing level is well above 2000mts all…View Full Post

Cold crisp day allowing the cannons to fire. We’re keeping our eye on the forecast for next week and will…View Full Post

It's Friday which means only one thing, it's snow report time... (open link)View Full Post 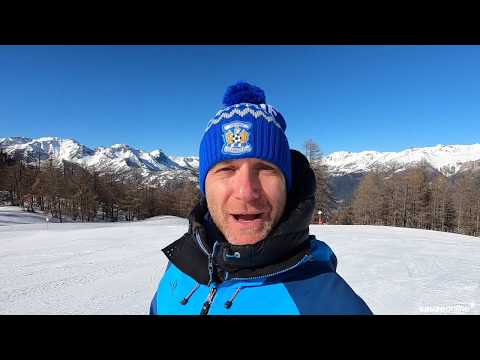